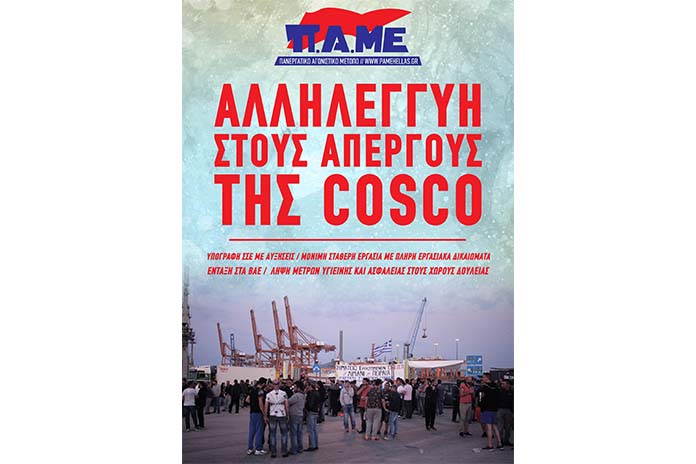 The dock workers in Piraeus Greece  continue in militant spirit and with determination  their strike for the 3rd day despite the fact that   company  attempted to break the strike by using strikebreakers and fascists and filed a case in the court demanding the strike be called illegal.

In order to support the strike, the Regional Trade Union of Piraeus where the leadership is of PAME, decided to call for a strike in COSCO dockworkers.

We call all organizations to express solidarity and support to  the demands   of dock workers to stop the anti-union tactics of the company COSCO  and   for signing a collective agreement with better working conditions and salaries, health and safety regulations,  and against the use of violence and threats by the company.

The European Regional Office of WFTU