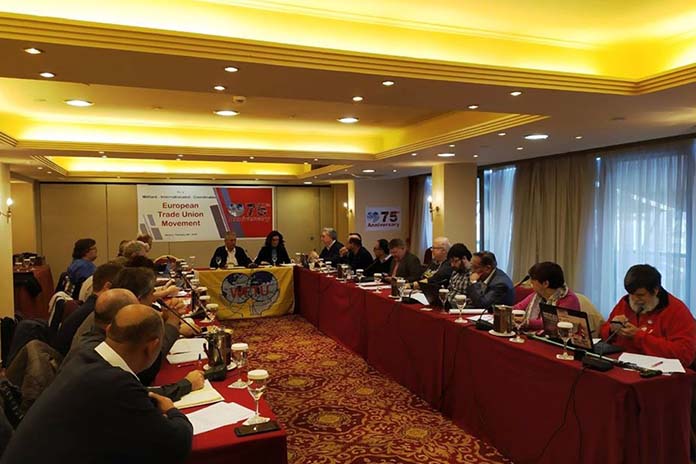 Trade Unions from 13 countries all over the continent participated in this important initiative for the strengthening of the workers’ struggles in Europe. Moreover, other WFTU affiliates and friends trade unions which were not able to attend the meeting expressed their support to this importing initiative and the militant efforts of the WFTU.

The delegates discussed the challenges faced by the workers in Europe and underlining the possibilities and the necessity of the intensification of the coordinated joint efforts for the satisfaction of the contemporary needs and interests of the popular strata. Based on the positive steps of the previous period and in line with the glorious 75 years history of the WFTU the class-oriented trade unions of Europe will intensify their common struggle against monopolist and austerity policy, against the imperialist plans and the capitalist exploitation.