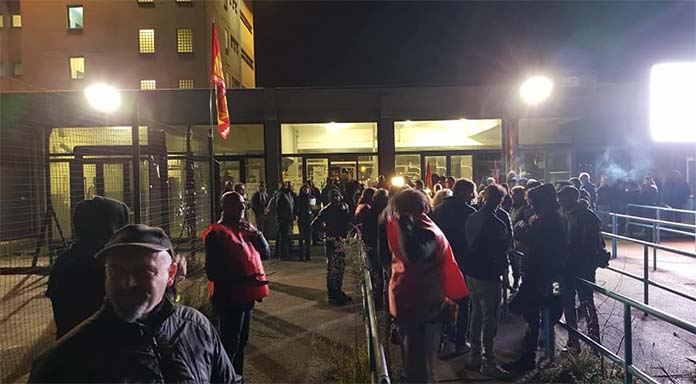 On behalf of the European Regional Office of WFTU we express our class solidarity with the two fight days  declared by USB in Taranto Italy on the 28th  and 29th  of November for a new industrial policy.

ArcelorMittal a few weeks ago announced that they have decided to walk away from Europe’s biggest plant in Italy, failing to reach an agreement and leaving 10000 workers faced with an uncertain future and  the risk of mass layoffs. Also with high levels of pollution of the surrounding area which has been devastated from an environmental point of view by years of exploitation

The multinational companies with the support of the governments aim  to multiply their profits by carrying the burden of the capitalist crisis and its consequences to the shoulders of the working class.

Today more than ever, it is imperative to strengthen solidarity support to the working class struggles against the antilabor policies promoted by the European Union and other institutions and for the defense of the right to stable jobs, collective agreements health and safety at work.

We stand on the side of the workers in Taranto and we wish every success in their struggle.

The European Regional Office of WFTU. 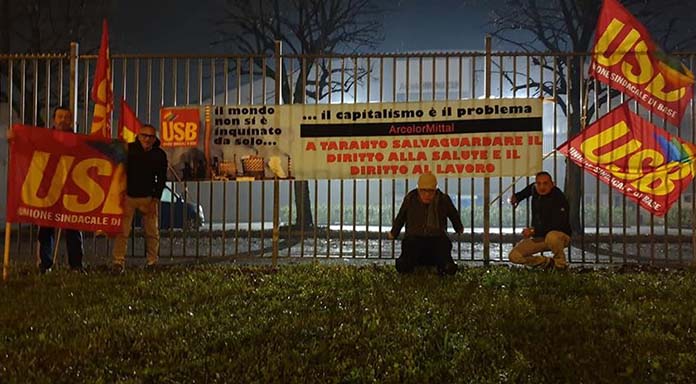