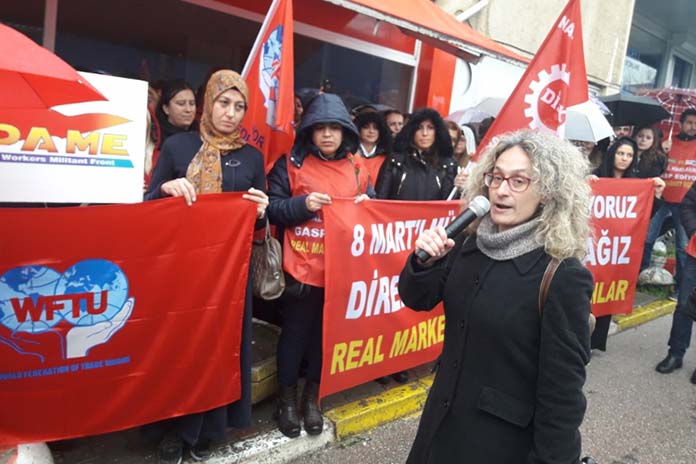 The celebration program started at Metro Market in Kozyatağı. Here, Real Market Workers who have been continuing their struggle for more than 7 months and women members from other workplaces came together.

Paola Palmieri from USB Italy, Giota Tavoulari from PAME, Omlbani Mirabi and Sima Asghari from Worker’s House of Iran participated in the actions and didn’t leave the Real Market workers alone on this important day.

In spite of the heavy rain, the workers and participants were very enthusiastic in front of the market building. Ali Rıza Küçükosmanoğlu, President of Nakliyat-İş Union made an explanation and stated that the women workers and their problems were very crucial for Nakliyat-İş Union. He also talked about the current situation about the Real Market Workers. He finished his words by stressing that they would gain victory in Real Market Struggle sooner or later.

After the speech of the President international guest took the floor and give strong solidarity messages.

The second program was held in a conference hall that belongs to the brother union Birleşik Metal İş in Bostancı. The conference began with one minute’s silence in commemoration of the women martyrs who were killed during the class oriented women movement.

Lots of participants including the international guests took the floor and expressed their thoughts related to the struggle of working women.

On behalf of WFTU, Paola Palmieri from USB Italy delivered a speech and depicted the situation of women in all over the world. She also pointed out the fact that the problems of the working women are the same and that’s why the class oriented women movement should give a common struggle against imperialism, capitalism, multinational corporations, anti-woman policies of USA and European Union.

Giota Tavoulari delivered her speech on behalf of PAME and explained the hypocrisy and the true face of capitalist class. She stated their eternal solidarity with the women fighters in Turkey and all over the world.

From Worker’s House of Iran, Sima Asghari took the floor and gave a powerful solidarity message to those women who have been struggling to defend their rights in every field of the life. 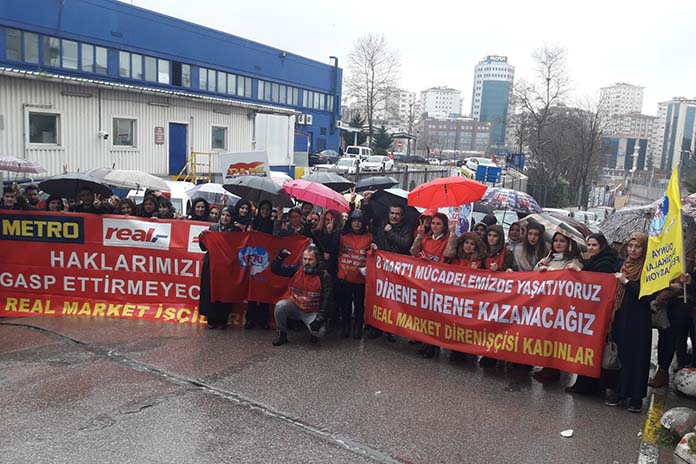 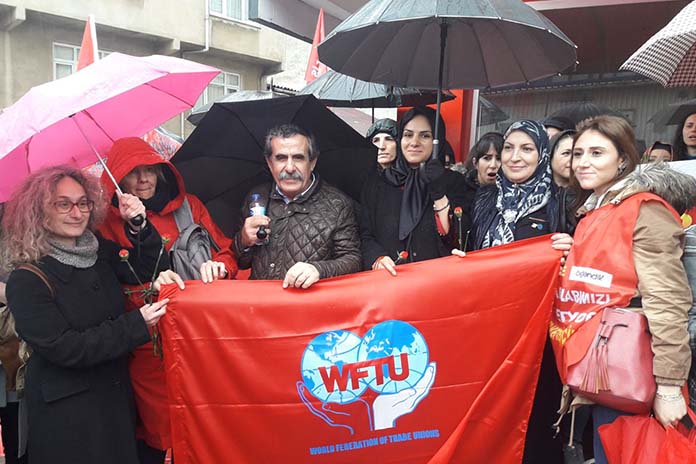