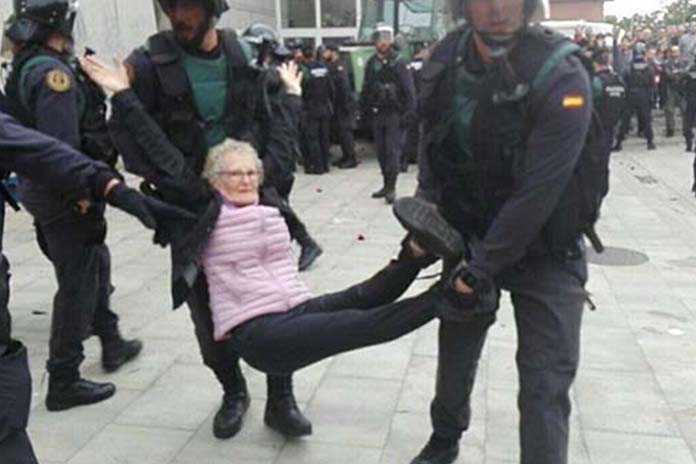 The World Federation of Trade Unions (WFTU) which represents more than 92 million workers in 126 countries of the whole world, strongly condemns the events that took place today in Catalonia, where the Spanish state’s repressive forces injured, assaulted and arrested many civilians in Catalonia who wanted to express freely and democratically their opinions.

The world class-oriented trade union movement affiliated to the big class-oriented WFTU family denounces the authoritarian practices and the terrorism of Rajoy’s government against its own people. The WFTU, faithful to its founding principles supports all peoples’ right to decide freely on their present and future.