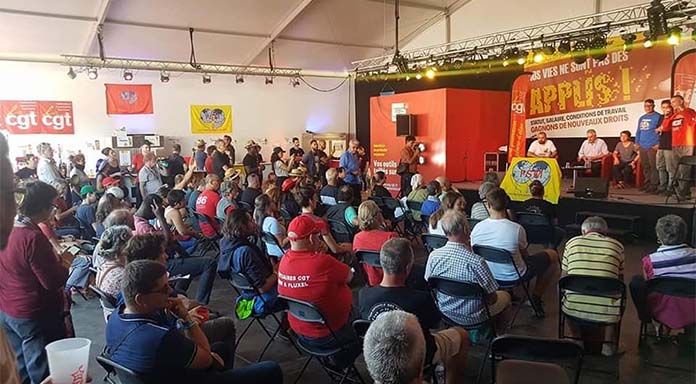 The WFTU General Secretary, cde. George Mavrikos, arrived in Paris and participated , on September 14 in the debate on the situation of the trade union movement in Europe and the world.

This debate was organized by the members of the WFTU within the framework of the “Humanité” Festival at the stand of the CGT Federation of Commerce and Services under the theme: