Home LATEST NEWS The World Federation of Trade Unions announces the passing away of comrade... 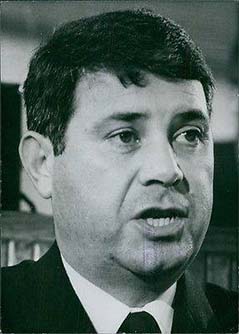 We announce with sorrow to the trade unions, affiliates and friends of WFTU, the passing away of the French comrade Pierre Gensous, who was leader for many year of the great class-oriented family of WFTU. He passed away yesterday in the age of 92 years, his memory will stay forever in the history of the International Trade Union Movement.

Pierre Gensous was a metallurgist, anti-fascist militant, since he was young, he was distinguished for his commitment in the struggle of the working class for a world without capitalistic barbarity. His action emerged him as a stable leader, an internationalist leader, a leader with class orientation  and undertook important and responsible posts in the French trade-union movement.

He was a trade-unionist who struggled for the unity of the international working class against Imperialism and the capitalistic barbarity. He honored the history of WFTU and gained great respect in the international trade union arena.

We convey our condolences to his wife and children. We will remember him and honor his memory.