Thessaloniki on Saturday afternoon, under the slogan “Their development means

NATO – Poverty – Wars. We put forward our own needs. ”

The protesters responded to the intensity of exploitation, the government’s mockery

of “exiting from memoranda”, as the anti-people’s attack escalates and the country’s

involvement in American-NATO plans deepens, with enormous dangers for the

With their massive participation, the thousands of demonstrators from Thessaloniki

provocation that had been cultivated all past days.

After the successful PAME rally in Thessaloniki, the class unions prepare new

demonstrations for Thursday, September 13 in Athens and other cities 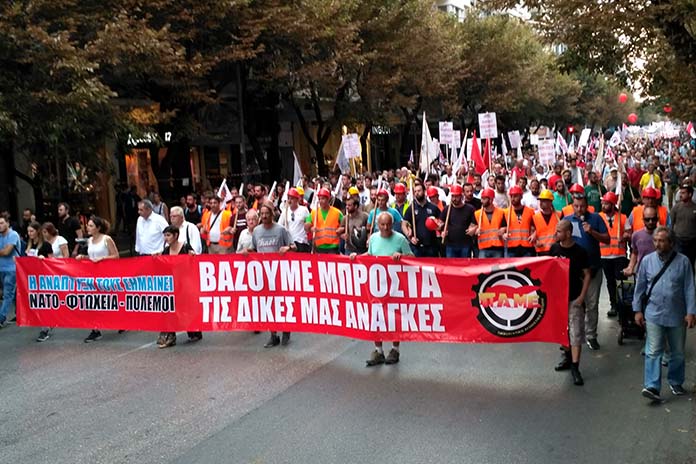