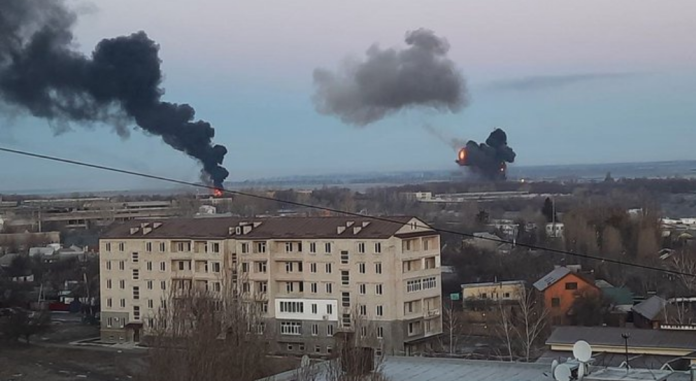 In 1999, at the heart of Europe, NATO, the USA, the EU, and their allies bombed Yugoslavia. Today, in 2022, Russia attacked Ukraine in an unfair and destructive war.  Nevertheless, where are hidden all those who in 1991 were trying to persuade all the peoples that the dissolution of the Soviet Union and the overthrows in the countries of Eastern Europe were taking place in favor of international security and global peace?

The truth was different when there was the Soviet Union, there was a “counterbalance”, there was a powerful power truly in favor of peace and the peoples’ friendship.  After the overthrows, the international balance of power drastically changed.  NATO, USA, EU waged wars in Iraq, Afghanistan, Syria, Libya, Yemen, Armenia, etc. The real conclusion is one and only one.  The overthrow of Socialism in Eastern European countries caused only afflictions.

The World Federation of Trade Unions, demands the end of the war in Ukraine now too.  The Russian attack should stop now, the NATO should be dissolved now and a substantial dialogue must be held.

We assure the WFTU affiliated trade unions in eastern Ukraine that we support the efforts to ensure their right to decide alone for their present and their future. The WFTU was and remains against the fascist practices of the Ukraine government which is a puppet of the USA and NATO. The people of Russia, Ukraine, and all countries should make daily efforts to develop peace through relations of friendship and solidarity.  Our common struggle against imperialist contradictions must and can stop the imperialist wars.