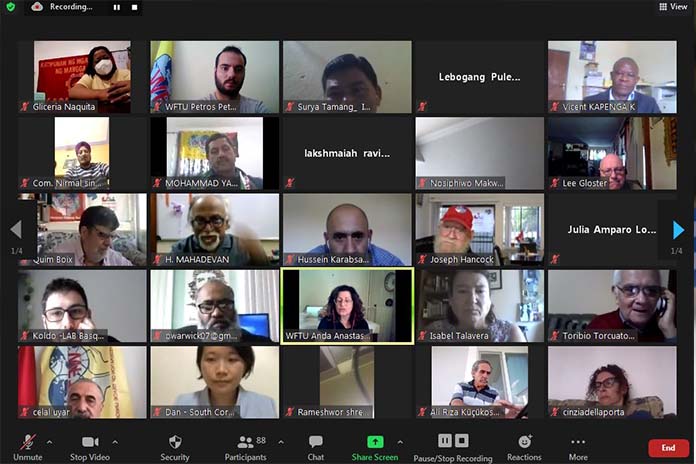 The WFTU International Virtual Conference in Solidarity with Cuba took place today on July 22nd, 2021 with the participation of more than 120 leaders of trade unions from 43 countries of the 5 continents.

The conference on behalf of the 105 million members of the world class-oriented trade union movement, demanded an immediate stop to the imperialist attack against the island of revolution and the unconditional lifting of the blockade and of economic sanctions against Cuba. The conference adopted a solidarity resolution and called upon the working class all over the world to spread it out to their countries and to take action and actively support these just demands.