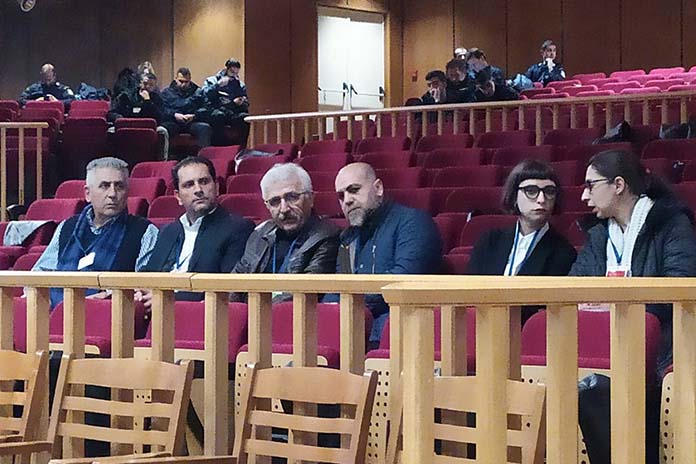 An important moment was the meeting of the committee members with Magda Fisa, mother of the murdered by the Golden Dawn artist Pavlos Fisas.

The international delegation of the committee expressed its solidarity with the victims of the nazi attacks against workers, immigrants and the people of Greece. Furthermore, the class-oriented WFTU lawyers underlined they are going to follow until the very end this important case and to respectively inform the international scene. As they stated to the Press and to the Greek class-oriented lawyers who try to prove the criminal role of the “Golden Dawn”: “This trial concerns all of us, not only from a legal but also from a social point of view”. 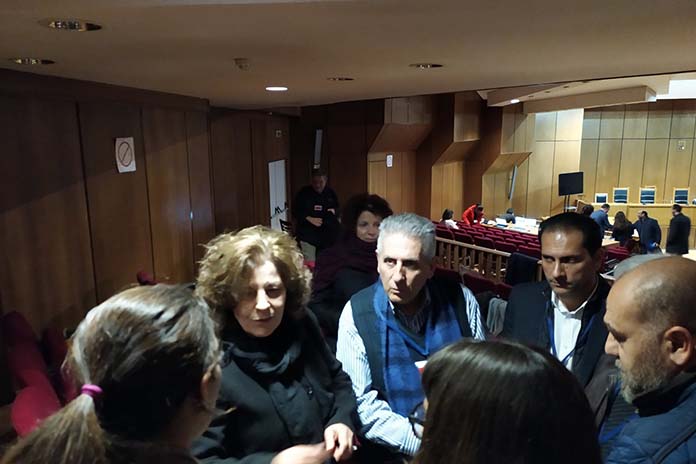